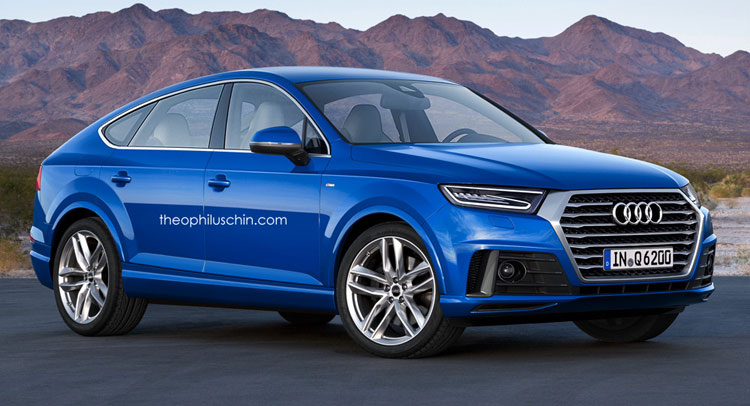 It must be hard to be Ulrich. If you read news stories about Audi, Dr. Ulrich Hackenberg is practically the face of Audi. As our head of engineering, he’s who we trot out to talk about laser head lights. He’s the one who has to break down self-driving car technology. He has to oversee the entire engineering efforts of the Audi brand AND explain it in terms that people with Instagram can understand.

It’s a tough gig. You can get a sense of his beleaguerment, but also his good humor, in a recent quote about Audi’s planned all-electric SUV (oh, you didn’t know that Audi was building a full-size SUV with zero emissions, all cool like Tesla and whatnot? Well read on then):

“…from the engineering side, a Q is probably not the best solution for an electric car with a large range because it has large surfaces and high aerodynamic resistance,” said Hackenberg. “But if you ask the sales people, everything has to be Q!”

By Q, Ulrich means Audi’s Q line of SUVs, e.g. Q3, Q5, Q7 and, soon, the Q8 and TTQ. He’s saying that because SUVs are tall, boxy vehicles that bore through the wind with all the delicacy of a hippo, they’re not the natural fit for electric, which depends on huge batteries for power.

But alas, the sales people at Audi know best. They know that Q is what sells today, and if they could make an Audi brand of cereal with General Mills, you can bet that it would be an SUV type cereal.

In any case, development of Audi’s all-electric SUV is underway, so don’t expect it until at least 2017. Audi’s making an entirely new vehicle to fully maximize the electric motor, which means that they won’t be retrofitting an existing Q model with battery power. Ulrich says range will be 313 miles, but European standards are different from the U.S., so we should expect 280 miles.

Battery technology is evolving a lot right now, so the range could be greater in a few years. If you want to look good while being very environmentally friendly, this is the SUV you’ll want.